“Emerging from the Shadows” Featured in La Canada Magazine 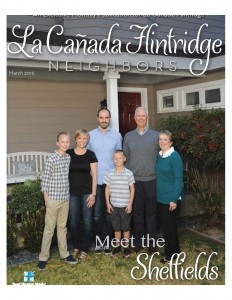 Maureen Siegel Sprowles writes about her personal connection to “Emerging from the Shadows” in the March 2016 edition of “La Canada Neighbors.”

Here is a brief excerpt from the article:

“These women led full and fascinating lives. They crossed the country in covered wagons and later traveled by air to Europe to study and paint. They were communists, anarchists, labor activists and matrons of high society. Some never married, while others lived traditional lives as wives and mothers.

Many flaunted convention: they took multiple lovers; they were lesbians, and divorcees. Many were progressive thinkers. Some attended the most prestigious universities in the country. Others embraced teaching, opened their own studios and influenced generations of artists to come. Most struggled to make their way in an art world dominated by their male counterparts. They worked and created art at a time when they were still denied the right to vote. Trying to even the playing field, they often hid their identities with genderless signatures. They were all passionately committed to their art. And then, almost inexplicably, many of them simply disappeared.”